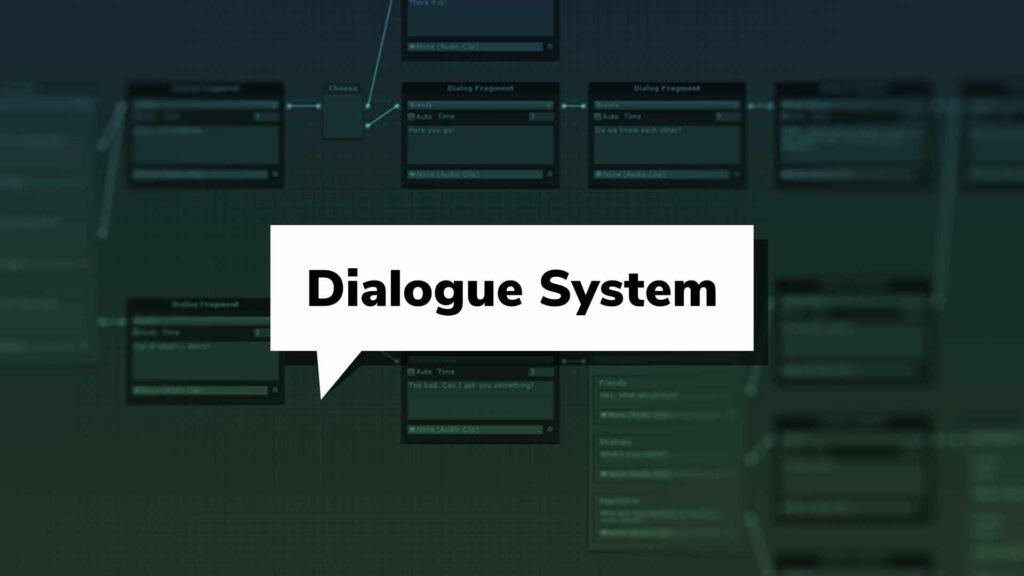 The SOH DialogueSystem is no longer in development but can be downloaded or viewed in the repository.

Description
It was my first attempt in developing a node-based editor! It has a character editor, a dialogue editor, a node creation wizard and a character editor. The decision nodes in this dialogue system are created for Spy On Human with its friendly, strategic and agressive decissions.

Lessons Learned
During the development of the dialogue system I was able to see the problems with node based editors in Unity and how to implement them properly. Furthermore, it was one of my first bigger tools which helped me to see common difficulties for the UX in tool development.