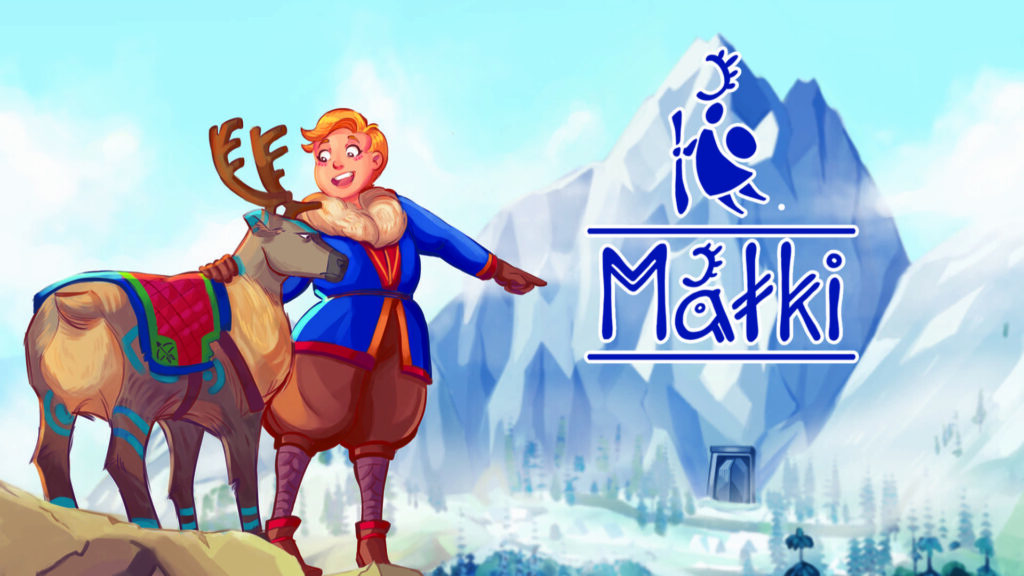 Mátki is a local single player coop game, developed for PC and played with a single controller. The game is about two characters called Ravna and Varis who are bound together by a magical rope. They plan to reach the mountain village, Varis' home, to get rid of the rope but on their way, they get attacked and they have to fight, together.

Mátki is in active development. The screenshots above do not show the final game footage but rather early prototype quality.

Description
In Mátki the player controls two characters simultaneously, one with each joystick and one half of the controller. The gameplay focuses around teamwork, position and the combination of different skills. The characters are bound together by a magical rope between them thus the characters can move freely but are restricted to a maximum distance by the length of the rope.

Both characters have access to four basic skills, which are used to fight different types of enemies. All skills can be combined together and take the position of both characters into account and thus offers varying strategic advantages and forces. The skills need to be timed and combined while focusing on the positions of the characters. Selecting the same skill with both characters will enhance the skill.

Inside the level several rune stones are placed, these stones will interact with the magical rope. The rope will bend around those stones creating additional inflexion points. Other objects will not collide with the rope.

The main motivation for the characters as well as the goal of the game is to reach the mountain village, in order to get rid of the rope binding both characters together. By enhancing their relationship, by interacting with each other, both will get stronger. Resulting in unlocking new skills and improving the existing.

Lessons Learned
During Mátki I developed a general usable Ability Designer which was intended to make it possible for the Game Designer to implement new abilities, balancing existing abilities and to select abilities for the game on their own. I took a deep look into abilities in other games, researched the use-cases the tool should cover and what abilities do in general. Therefore, I cared a lot about usability for all kinds of abilities and games.