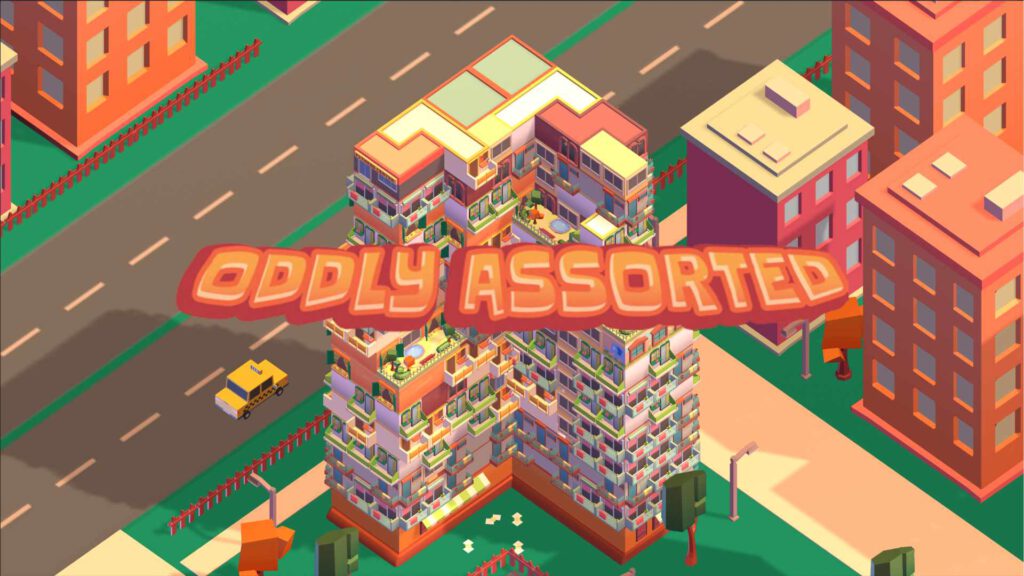 Oddly Assorted is a 3D tycoon strategy game in which the player is the owner of a one floored house who cannot cope with the ever increasing taxes anymore and tries to build new rooms on top of the building to benefit of the rents for the rooms.

The project was developed between April 2018 and July 2018 by a group of four students. Each student had a separate field of contribution.

Description
In 2028, a world with exponentially rising lot and flat prices, you as a constructor have to stack new rooms on top of your building but take care of your balance and the increasing demand of services in your oddly assembled house at the street corner.

As the owner of a one floored house you cannot cope with the ever increasing taxes anymore and you try to build new rooms on top of the building to benefit of the rents for the rooms. The higher you build the more complex gets the demand and the shapes of the rooms. Rentable rooms are oddly shaped and have high demands for services.

The game focuses on managing and building a skyscraper. To do so the player gets access to several varying flats and service rooms. These complexes have effects they need and they spread.

Lessons Learned
Oddly Assorted was my first strategy game which included building elements. Due to its gameplay I decided to go for a lot of events and listeners. It simplified the work with all kinds of events which could happen during the game. The Game Designer wanted a system which can access all kinds of events as requirement and lead to another event with several extra parameters which made it possible to create a new game event in no time.