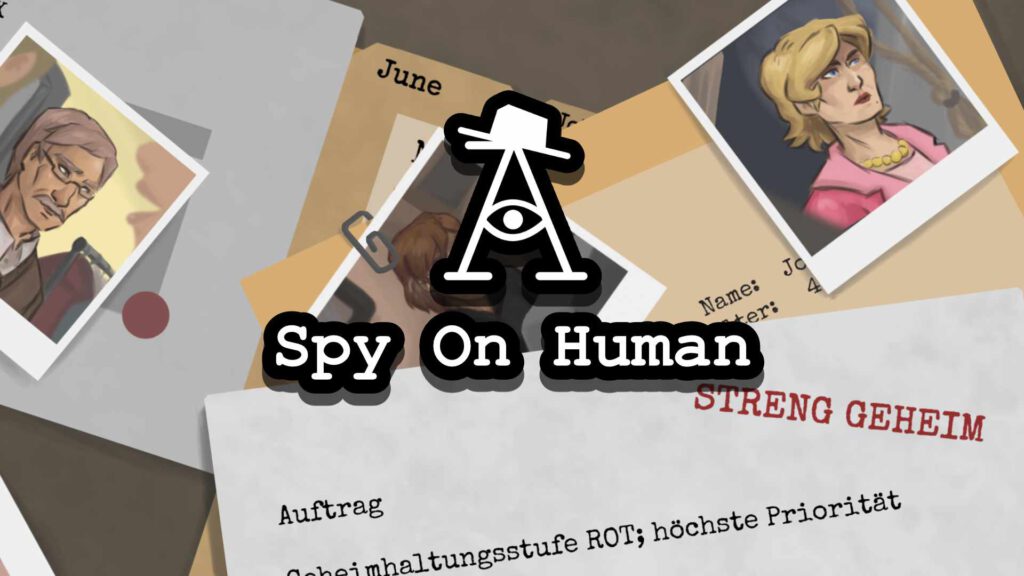 Spy On Human is a 3D-side-scroller adventure game which is designed for the PC and optimized for an Xbox Controller. The Camera is placed in a very flat angle which enables a third-person like perspective.

The project was developed from October 2017 to February 2018 by a group of four students. Each student had a separate field of contribution.

Description
In this game the player takes the role of a spy in an LGBT-intolerant nation who has to pull his duty which includes to uncover a traitor. During the game’s course the player will see how it is to live in the spy’s nation as an LGBT-person. In the end the player has to decide if what the spy does is right or wrong.

Nonetheless, the player has to submit a report at the end of each day and has to collect a certain amount of evidence expected to be send weekly, which can be seen as milestones. When sending too little information the game is over. Sending too much information about one person results in their imprisonment. The up-to-date developed version of the game reflects a vertical slice of the entire game scope and concept. Nevertheless, one of the game’s major aspects is implemented: The selection system. This enables the player to select parts of a sentence and to save it in the notebook.

Lessons Learned
For Spy On Human I developed a custom dialogue system. This system was highly optimized for the game’s requirements I learned a lot about node based structures and editors in Unity and how to serialize them properly. Furthermore, I was responsible for the UI implementation and were able to learn more about the UI-feeling for the menus.