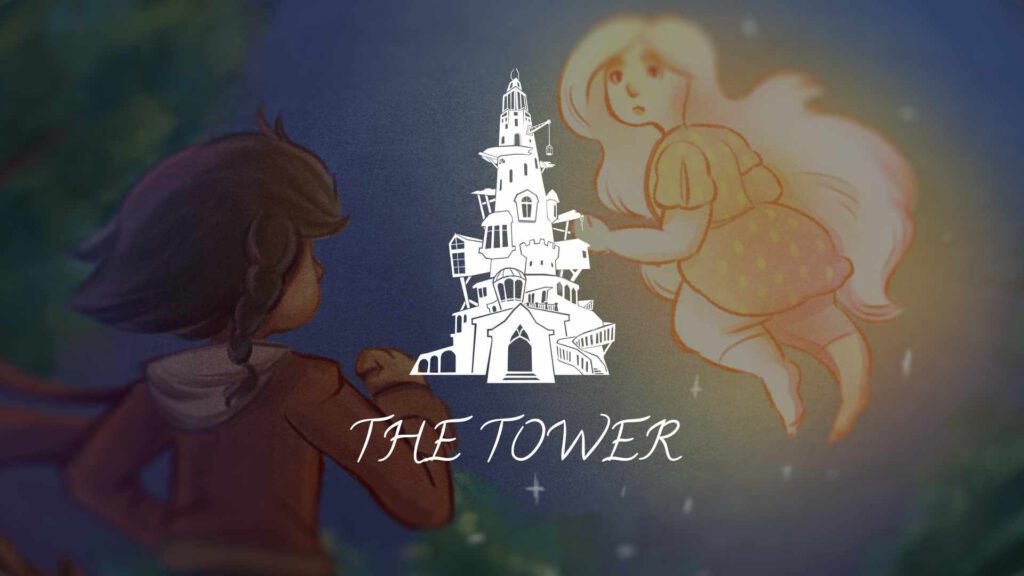 The Tower is a 2D-side-scroller and metroidvanian game which is designed for the WiiU as a local two player co-op experience. It makes use of the WiiU-Gamepad as a second screen for the second character which is Lou the ​ light entity who can fly around. In order to bind her to Riley ​she cannot fly in an unlimited distance.

The project was developed from October 2016 to February 2017 by a group of four students. Each student had a separate field of contribution.

Description
For the topic of the third semester „Games for Kids“ we first planned to do a point-and-click adventure but used our concept phase to come up with another idea. In The Tower the main goal for us was to make the players to cooperate. Riley (red character) plans to visit her friend Lou (yellow character) in a hospital. Even though Riley thinks she is about to rescue Lou, the adventure is about the feelings she suppressed when Lou got ill. During the complications in the tower she has to confront these feelings metaphorically as monsters.

In order to let the players cooperate, the enemies where designed to be a threat to both characters. The “Hopfer​” is a small enemy and cannot be hit by Lou ​without any effort. The “Zapp​”, however, can fly and therefore presents a much harder threat for Riley who mostly stays on the ground.

At the end of the first area the players encounter the “Flowerbird​” – an enemy which dashes forward when it makes visual contact with a player. This enemy is supposed to be distracted by one player and attacked by the other.

Lessons Learned
The Tower was intended as WiiU game which helped me a lot to understand constraints on console games and therefore the advantages and disadvantages of console gaming. Furthermore, I was able to use newly acquired shader knowledge for interactive 2D shaders such as grass and web movement.